Tetracycline HCl is one of the most commonly used antibiotics in animal feed additives to control disease caused by bacteria. The dosage of antibiotics added to animal feed is sometimes not in accordance with existing regulations, causing residues in the body to be left behind. The purpose of this study was to determine the presence and levels of tetracycline HCl antibiotic residues in the meat and liver of broiler chickens on farms in Lamongan City by using the spectrophotometric method by selecting the maximum wavelength which was carried out by making the absorbance relationship curve and the wavelength of the standard solution at a certain concentration. The results of tetracycline antibiotic residues in boiler chicken meat and liver on the first farm showed that the residual levels of tetracycline HCl were 3,969.10 ± 392.32 ppm and 14,247.74 ± 2,632.63 ppm, on the second farm showed residual levels of tetracycline HCl. 5,470.03 ± 512.76 ppm and 20,464.60 ± 5,985.63 ppm, respectively, and the third farm showed that the remaining levels of tetracycline HCl were 7,032.37 ± 971.99 ppm and 19,232.71 ± 6,404.63 ppm. The results showed that the residual content of tetracycline HCl in broiler meat and liver exceeds the maximum residual content of tetracycline class of antibiotics in meat and milk based on SNI 01-6366-2000 which limits the residue to not more than 0.1 ppm.
Published
2021-01-21
How to Cite
Fernanda, M. H. F., & Chrisnandari , R. D. (2021). Study of Tetracycline HCl Residue in Broiler Chicken Meat and Liver at Several Farms in Lamongan District Using Ultraviolet Spectrophotometry Method: Kajian Residu Tetrasiklin HCl dalam Daging dan Hati Ayam Broiler pada Beberapa Peternakan di Kabupaten Lamongan Menggunakan Metode Spektrofotometri Ultraviolet. Journal of Pharmacy and Science, 6(1), 47-52. https://doi.org/10.53342/pharmasci.v6i1.206
Download Citation
Issue
Vol. 6 No. 1 (2021): Journal of Pharmacy and Science
Section
Articles

This work is licensed under a Creative Commons Attribution-ShareAlike 4.0 International License. 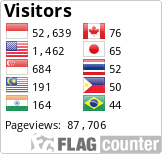 Our journal is indexed by:

Journal of Pharmacy and Science (e-ISSN : 2549-3558, p-ISSN : 2527-6328) by Akademi Farmasi Surabaya is licensed under a  Creative Commons Attribution-ShareAlike 4.0 International License.